Meet the experienced and friendly doctors and staff who make Drs. Murrell, Svensen, & Ellis are the leading provider of vision care products and services in Anniston. 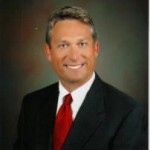 Dr. Svensen attended Kansas University from 1980-1982 and then the University of Alabama at Birmingham. He played college golf for both schools. He received his B.S. in Natural Science and Math and a Doctorate of Optometry degree from U.A.B. . He finished Optometry School in 1987. Dr. Svensen has practiced in Anniston since 1987 and joined Dr. Gary Murrel in 1992. Currently, Dr. Svensen is on the board for the Alabama Optom. Assoc., and has been a past president and currently a member of the Northeast Al Optom. Assoc. . He is a member of the Southern Congress of Optometry and American Optometric Association. Dr. Svensen is on the national advisory board for Allergan and Farmers and Merchants Bank. He serves on the board for the Donoho School and U.A.B National Alumni Association.  Dr. Svensen is from Ogden, Iowa.  His wife, Missy, is from Birmingham, Al.  They have four siblings Megan, Alex, Ross, and Jack. Megan is currently attending Auburn University. He enjoys playing golf and watching their children participate in extra-curricular activities.

Dr. Ellis attended Troy University from 1996-1999 and graduated from UAB School of Optometry in 2003. He and his wife Jennifer are both Oxford High School graduates and have been married since June 2000. They have two children, Elizabeth and Andrew. 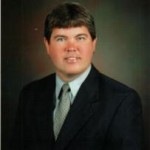 Dr. Murrell is a 1978 graduate of the University of Alabama and received his Doctor of Optometry degree from UAB School of Optometry in 1982. At the conclusion of his optometric education, Dr. Murrell was awarded the Bauch & Lomb contact lens award and the William Feinblum low vision award for achievements during his senior training. He began practice in Anniston with Dr. Donald Springer in 1982. Dr. Murrell was appointed by governor Bob Riley to the Alabama Board of Optometry in 2003. He is a member of the Northeast AL Optom. Assoc., Southern Congress of Optometry, and past board member of the Alabama Optom. Assoc. He is a member of Parker Memorial Baptist Church and is a long-time choir participant. Dr. Murrell is a member of several community organizations and is an advisory board member of Wachovia Bank. He enjoys boating, fishing and relaxing at Lake Wedowee, sports, guitar, music, and saltwater reef aquariums. He is married to the former Carla Page of Huntsville and has two children, Kelly and Andrea.

“Excellent doctors, staff and technology. A great experience and a patient for life.”

You can schedule your next eye exam with us online!